The end of life 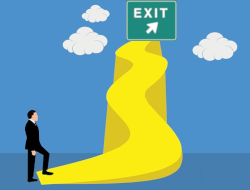 1. Purpose vs. goal of life

The purpose of life is that meaning and significance that a human being imparts to his life and that influence the way one should live his life to attain a happy life (without defining the latter). In fact, the definition of what constitutes a happy life makes difference in what people consider their personal purposes in life. Example: my purpose of life is to teach children, to heal people, to become one of the best surgeons, to earn money for helping people in need, to become a president.

The goal of (the entire) life, on the other hand, is the final result of one's life, its outcome, the destination and result of all life's activities. This result justifies a human life, motivates a human being, and tells why and what he/she lives for, what he/she tries to achieve at the end of life, what he/she strives for.

Conclusion 1: According to these definitions, the purpose of life is about the process, the way we live our lives, whereas the goal of life is for the end of it, its final result.

Remark 1: The goal is being defined here broadly: This is a strife, desire, and yearn after some outcome that is anticipated in the end of some activity. The purpose of life though one should understand narrowly here, that is a purpose limited to this life. At this point, we do not define purpose of (entire) life, as this will be ultimately connected to the goal of life and, hence, requires additional analyses, left for the future considerations. Note also, semantically the word "purpose" may have plenitude of meanings, including "goal" itself. That is why, we restrict the meaning of these terms in the given context.

2. Importance of the end

The end of any activity is the most important as it motivates any rational being, like humans. For any activity one has to determine why he does that and what he is trying to achieve. And this will be the reason one does something.

Why do you go to the university? I want to get a diploma. If you do not get the diploma, the mission fails. The idea of getting the diploma keeps you going towards the goal.

Why do you go to the university? I want to get smarter. If you do not get the diploma, the mission can be still a success, because you want eventually to get smarter (regardless of the means you take to measure smartness).

Why do you go shopping? I want to have bread on my table. If you get a new pair of shoes, the mission fails, because your goal was to get some bread.

Conclusion 2: Deeds are made and measured by their ends. Some result(s) is anticipated in the end of any activity.

Corollary 2: Any activity ends with its goal being achieved or being in principle unachievable (perhaps, that is why linguistically "end" is equal to "goal" sometimes).

Remark 2: Going outside to have fresh air "out of sheer idleness" cannot be in essence without the end, because "having fresh air" is the end in this situation. The sheer idleness would be only irrational and possible for distracted persons. Same with mere love for doing something, like painting, woodcarving, playing football, there will be an end/goal for any such activity as well. This goal justifies the activity, however irrational or personal it is on a larger scale. This is true for the whole range of other "instinctive" activities, the goal of which may not be present all the time or in any particular moment of time in the head of men, but nonetheless each such activity has its own goal. It is important to note that the goal does not only exist in a very reasoned activity (such as goals of a project or educational goals), but also in acts undertaken on rather subconscious level. In the latter case, the goal might be an emotional rush, inner feeling, instinct, aptitude or mere caprice. This is all possible due to different ways, depending on rational maturity, one justifies his activity. In laboratory experiments, it has been shown that human beings tend to justify their actions and name their reasons, even if these actions were stimulated from outside, for example, using brain stimulation (one lifts his arm after direct stimulation of his brain, yet the subject explains why he lifted the arm). Therefore, we justify our actions that are not even ours.

The life's goal lies ultimately at its end or beyond, death. Whether the goal is achieved or not cannot be evident before death, that is while living. Therefore, what sometimes is called the goal of one's life cannot be considered as such, if it is in principle achievable during one's life.

Conclusion 3: The goal of one's life is beyond life itself, at the very least is at its end, death.

Corollary 3: Note that the goal of life palpably affects the way you live your life, that is your purpose in life. However, the purpose in life affects what you achieve as its goal only in belief. In other words, what you consider as a goal for whole your life will perceptibly change the way you live. But one can only believe that the way of living will change the ultimate result, the goal of life (after death).

Remark 3: Your life may have some smaller goals which rather relate to the purpose of your life and which can be achieved through life. However, these cannot be the goal…

4. The end of life and belief

Conclusion 4: A rational living being must have beliefs about the ends life might have.

Remark 4: Leo Tolstoy in his Confession [1] arrives at the similar conclusions epitomized by the following questions, re-phrases of "the question of life", "the simplest question lying in the soul of every human being", "the question without which life is impossible":

[1] This work is especially valuable as it summarizes human knowledge on the subject (perhaps, with the stress on the Western-Christian thought and fairly extensive emphasis on the Eastern traditions). Tolstoy was not merely speculating, because for him this question of life became as vital as breathing and eating, and sleeping.